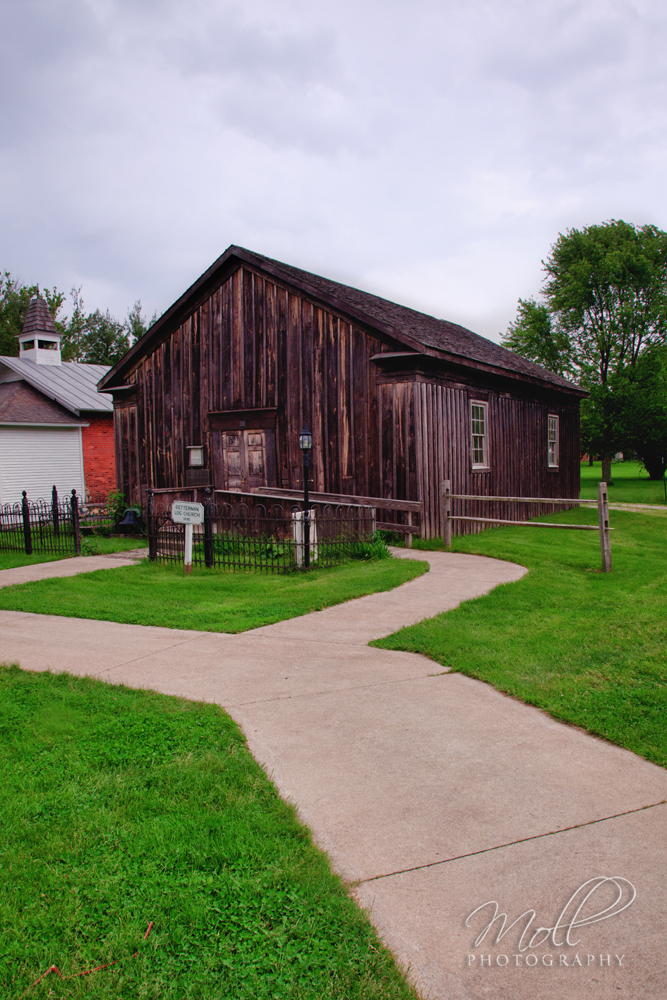 Historic Lyme Village started in 1972 when the Historic Lyme Church Association was started in the Lyme Congregational Church to preserve the history of Lyme Township and the surrounding area.  The group decided to expand to start a Historic Village when the Seymour House was to be destroyed unless it was moved.  The Village concept began and the name was changed to Historic Lyme Village Association and has continued the preservation of history in the area. Since 1976 three log houses, the Wright Mansion and Carriage House (which are on their original location), the two barns, the woodworkers shop, country store, Schug Hardware, Groton Town hall, shoe shop, Merry one room school, and Detterman Log Church have all been added.

The name Lyme is the current name of the township that the village museum is located in.  From 1815 to the middle of the 20th century the settlement on the corner of State Route 4 and State Route 113 was noted on maps and known as Lyme.  The name Lyme came from the area of Lyme Conn. which was where the Fire Suffers lived which were awarded the land in the Firelands of the Western Reserve of Conn.   This is basically Huron and Erie Counties in the present.  The name in Lyme Conn, came directly from Lyme Regis England.

Directions & Map can be viewed here.