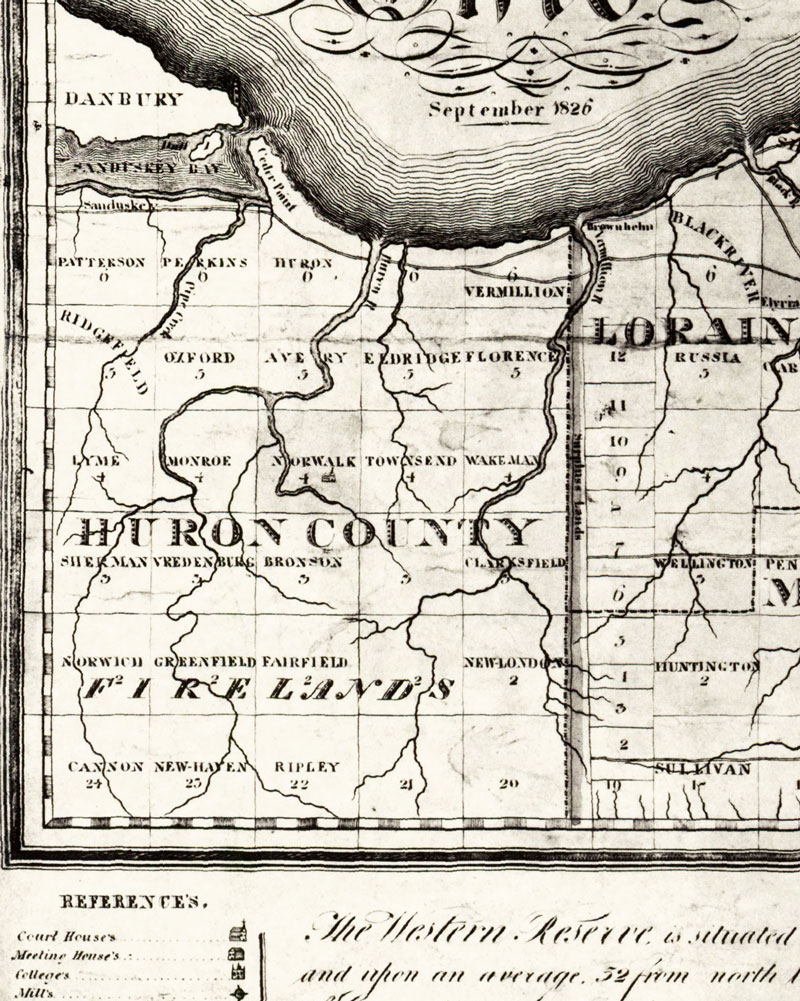 In 1662 a Royal Charter from Charles II, King of England, gave the State of Connecticut the land between the 41st and 42nd parallels from sea to sea. Over the years parts of the land were ceded to Pennsylvania and the states in the east.

In 1786 the remainder of the land was given to the U. S. Congress so that the Northwest Territory could be created. However, Connecticut reserved the land west of Pennsylvania for 120 miles between Lake Erie and the 41st parallel for itself. This area was known as the Connecticut Western Reserve.

In 1792 the Connecticut legislature set aside the 500,000 western most acres of the Western Reserve for its citizens whose land had been burned by the British during the American Revolution. This area was referred to as the Fire Suffers’ Lands and eventually shortened to the Firelands. The Firelands consists of, what are today, Erie and Huron Counties and Danbury Township in Ottawa County and Ruggles Township in Ashland County.

An excerpt of a map of the Western Reserve in 1826 pictured to the right : the Firelands are on the west end.

Directions & Map can be viewed here.